After grazing goats through Oregon Trail, the Wildfire Mitigation Team applied herbicide to the land. The goal of grazing then spraying this area was to stall the re-growth of non-native invasive vegetation, including cheatgrass and medusahead rye. Our team will be monitoring the impacts of Plateau over the next several years to determine its effectiveness in aiding the establishment of native vegetation. In 2016, high school students examined over 100 study plots, and found that fewer invasive grasses had returned to areas that had received herbicide in 2015.

The long term goal of this project is to re-establish native vegetation that is more fire resistant than the current plant community. 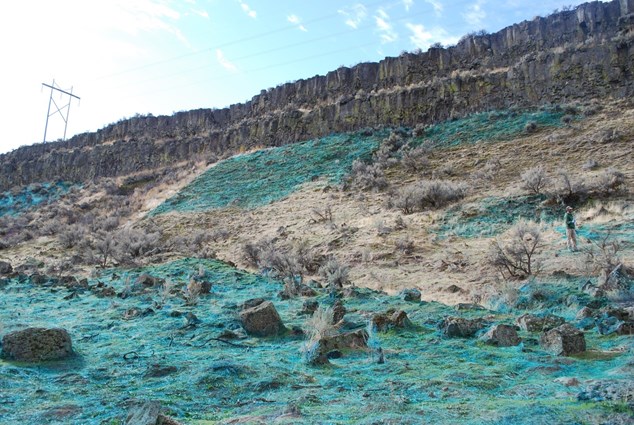 The herbicide was dyed bright blue, so that homeowners would know where application had taken place.

The herbicide is safe for pets and people within 24 hours of application,

and has effectively reduced wildfire fuels where it was sprayed.